American Airlines announced that it will no longer accept cash for checked bags or bags that are overweight at 50 airport locations according to NBC Miami. Airlines for many years have been moving towards a completely cashless operation. In 2009, Delta went cashless for all domestic inflight purchases. Many airlines have even limited the ability to purchase tickets with cash. Jetblue, known as a low cost carrier who’s target market includes small businesses and ‘unbanked’ travelers, is completely cashless for inflight purchases.

There are a number of overlapping fraud and security risks within this news story. Moving to cashless helps the

airlines improve operational costs and reduce fraud risks within their OWN employee populations. Moving to credit cards also helps airlines become stronger partners with federal law enforcement and the TSA. Travel is an essential part of every ‘business’ operation, even the illegal ones. While criminals can still pay with a prepaid credit card, it does improve the overall identity management of purchases. Money laundering through travel has been an issue for many years. In 2007, the British HMRC broke up a scheme that laundered £500 million through a single travel agency. In parts of Asia the scheme is so common that they even have a name for the activity… ‘Ying Yang’ contracts.

Corporate expense management programs should monitor for cash purchases of airline spend on expense reports. Airline baggage fees are routinely the same amount on every single transaction. An employee might be recycling their receipts on reoccurring trips even when no baggage fees happened. An employee running this scheme might not be aware that American Airlines no longer accepts cash at 50 airports. Focus your audits on this specific spend type, usually marked as ‘Baggage Fees’, and filter to ‘Employee Paid’. Then audit the attached receipts to make sure it says the transaction was paid with a credit card. If it was a fraud scheme the fake receipt might still say ‘cash’.

If this process flags an employee it could be an indication of fraudulent activities. Analyze their other transactions for more flags and place the employee into a 100% audit category for continuous scrutiny.

Perhaps it’s because I have little kids but Rev Rec sounds like something Scooby-Doo would say when he sees a ‘ghost’. For financial leaders, the new Revenue Recognition guidelines is definitely a “Ruh Roh” moment. Changing the way your business recognizes revenue has wide ranging impacts across the entire organization. This in turn affects the way your employees are bench marked, evaluated, incentivized and ultimately paid. 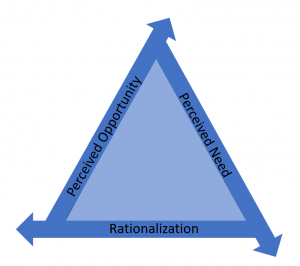 According to the fraud triangle, there are three factors that explain why an employee commits fraud – perceived financial need, perceived opportunity and rationalization. Drastic changes to commission structures and evaluation metrics could create both a rationalization (“this isn’t fair for me”) and a financial need (“I am not making the same money as last year”). Your company’s T&E system presents the perceived opportunity.

T&E Compliance teams should consult internally with the Audit department to determine the level of risk at a company level. If the risks are high then identify the employee groups most impacted by the changes. T&E auditing could be increased for 2018 on these groups to monitor for the most common fraud schemes. Expense report issues could be an indicator of a larger scheme that also impacts Rev Rec rules.

You can find information on how ASC 606 & IFRS 15 might impact your industry here. The financial impacts are generally the greatest for software companies, especially SaaS based software companies with revenue streams that last many years instead of a single one time purchase.

The Department of Justice has now enacted recommendations from the FCPA Pilot Program into the official US Attorney’s Manual (USAM). This was first announced in November 2017, by Deputy Attorney General Rod Rosenstein, he said the DOJ would extend the pilot’s “presumption that the company will receive a declination” into official policy. The FCPA Pilot Program started in April 2016 when the Justice Department created an incentive for companies to self-disclose FCPA related issues and increase the transparency of their internal findings with the DOJ. Disclosure would reduce the fines up to 50% and be eligible for complete declination (no fines) with only disgorgement of the illicit profits.

One year ago, The Expense Reporter documented the increasing risks of bribery and corruption for companies of all sizes. As Ebright and Cottrell point out on Parker Poe GRC Blog, “Over the last 10 years, 143 companies have paid a combined $10.9 billion to resolve Foreign Corrupt Practices Act cases.” The ACFE says that 45% of all fraud cases are bribery & corruption related with a median loss of $200k USD.

The risks continue into 2018, especially as global economies grow and US based business target developing countries for increased revenue. The new policy changes give companies an opportunity and incentive to join the fight against bribery and corruption.

Why this matters for T&E

As George Terwilliger said in a post for the FCPA Blog,

. . . to benefit from the policy the company will have to demonstrate that its compliance commitment is real and its compliance program meets standards articulated by the government, even if scaled to the size and complexity of the business entity employing it.

Many bribery scandals included meals, gifts, entertainment and travel. All items that should be captured and monitored by your global T&E programs. Million dollar bribery schemes typically involve face to face business meetings on international trips. Corruption happens during business meals with attendees.

T&E data is part of the solution

Finding fraud can be a needle in a haystack challenge. Bribery is a very high risk but low frequency issue for most companies. Whistle-blowers are often the first ones to identify potential bribery. These warnings can come from internal employees or third-parties, but they are themselves incentivized to report the crimes to federal agencies. Going to the DOJ gives allows them a financial reward from the fines collected. Often this is worth millions of dollars to an employee. 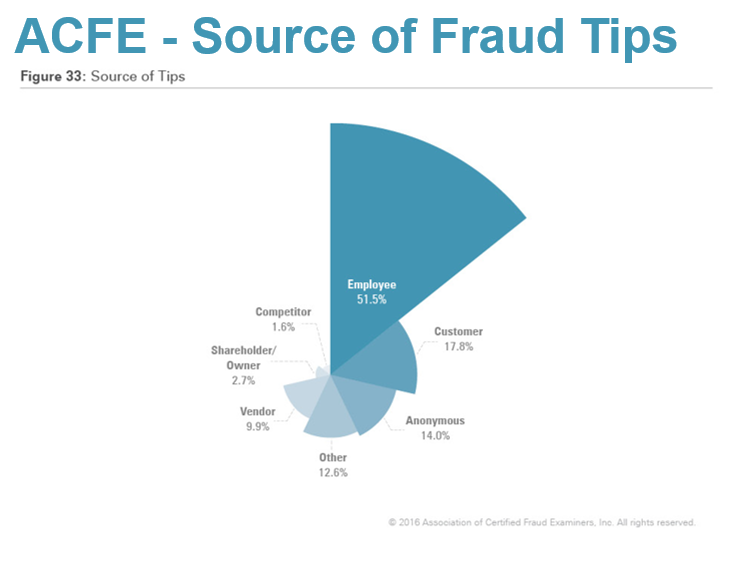 This is why having a committed internal compliance program and effective controls on your T&E is so important. If you can catch and disclose FIRST then fines are greatly reduced or eliminated. But your organization still has the ability to reduce fines due to the compliance program’s overall efforts.  Most importantly, the full cooperation and overall effectiveness of your program will be openly commented on by the DOJ during their public remarks. These comments are critical to controlling the far larger impacts to the company’s stock values and market perceptions. Damaging remarks by the DOJ, can impact your organization’s ability to partner with other businesses in markets around the world.

Changes to 2018 tax law will impact the way your company spends money on meals and entertainment. Dining spend is generally 10% of a company’s total travel spend and over 30% of the on-the-ground spend associated with a business trip. But your company probably spends far more on ‘entertainment’ expenses, which often includes food. It’s not just because your employees like to party. US tax laws allowed entertainment related expenses to be a 50% deductible on corporate taxes. Regular meals are deducted at a much lower amount. 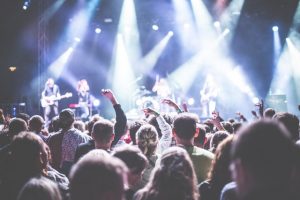 Many companies will shift the way they spend money to accommodate the new 2018 tax rules. This is unlikely to impact the average business traveler’s trip but it could change the way sales leaders entertain corporate clients. These decisions will be driven by your organization’s legal and tax departments. The GRC and Internal Audit teams might also be involved. T&E is definitely a stakeholder in this discussion. From a T&E program perspective, you will want to make sure to align with the company’s strategies.

The party is not completely over just yet. A true business meal with clients is still a 50% deductible. It’s the spend around the meal that is now in question. Depending on your company strategy, it might just mean an adjustment to how your organization defines and recognizes entertainment. Taking a client to play golf for 4 hours and only talking about the business deal for 5 minutes on the third hole probably won’t make it into the ‘entertainment’ expense type by 2018 tax definitions. But it might be easier from a change management perspective to leave your entertainment expense type as-is and create a new one that is in-line with 2018 rules. Going forward entertainment will look more like marketing events than they do a small group playing golf. Corporate branding and logo placements could be an indication that it fits the new 2018 laws.

Remember, the spend is still going to happen because that is how business gets done for many organizations. The key is to align the T&E systems and processes to reduce the back-office accounting work associated with the new tax rules.

Doug Anderson, Chief Executive Officer, American Express GBT, said: “The complementary geographical footprints of each company will improve the global scale and reach of our business, enabling us to achieve efficiencies across a best-in-class platform and accelerate growth. The technology roadmaps of each business provide a powerful platform from which to drive future innovation. We will deliver a superior client and traveller experience through fully-integrated travel management solutions, including booking and expense management products.”

From an Amex perspective, the ROI will depend on how well they can manage the M&A and subsequent tech integrations. Both companies have made significant investments into their own technology solutions so this acquisition will be challenging from a technology position. Overlapping solutions in mobility and meetings management will have to be sorted out.

In the short term leadership will be very focused on these processes which might strain the relationship (services) with corporate buyers. I’m sure other TMCs will leverage these concerns with Corp buyers entertaining a TMC RFP for the next 18 months.

Sorry, no Tweets were found.